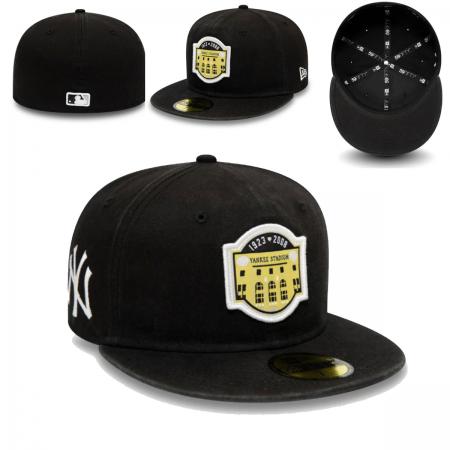 A very nice way to commemorate the former land of the Yankess nicknamed among other things "The Ghent stadium of the Bronx". This MLB New York Yankees Stadium Patch 59Fifty Baseball Cap from New Era pays homage to the stadium that housed the Bronx Bombers from 1923 to 2008. Treated in black with the patch of the facade of the old stadium sewn on the front, the Yankees logo during this period embroidered on the right side and finally the brand flag embroidered on the left side. Finally, this model is officially marked with the MLB logo embroidered on the back. Notice the all-cotton finish.