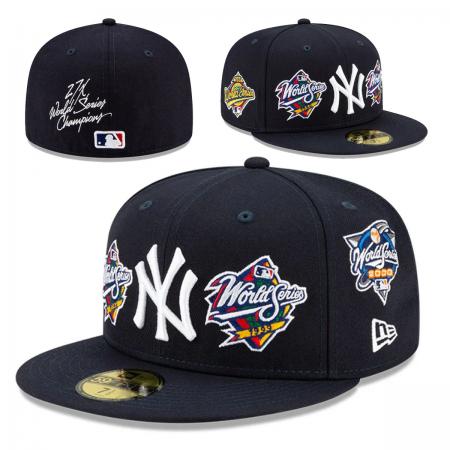 This hat is composed of a high structured crown. The New York Yankees logo is embroidered on the front, as well as some patches from the World Series won by the team all around. We will also find on the back, the number of series won in the form of a finely embroidered signature. The flat visor has a gray underside. The flag mark is placed on the left side. This very good quality garment is 100% wool. A MUST!