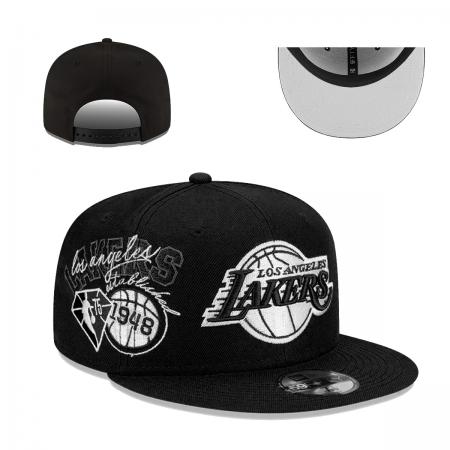 Wear this New Era designed NBA Los Angeles Lakers Back Half Black 9FIFTY Cap that celebrates the team's founding date. Constructed with a high structured crown and flat visor, the franchise logo is perfectly embroidered on the front and this beautiful cap adds the NBA's 75th anniversary embroidery as well as a logo graphic featuring the team's name and founding year on the right side in black and white. The NBA anniversary logo is again found on the back of the cap. The fit is provided by a plastic snapback closure.